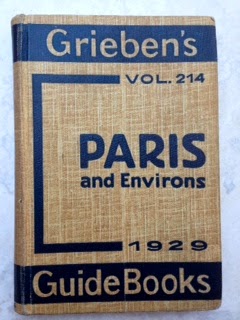 General Information c1929
Situation. Paris capital of France, chief  town in Seine-department  and seat of a university.
Situated on the banks of the Seine, which from South-East to West describes a great curve through the town.  It forms two islands inside of the town: Ile Saint Louis and Ile de la Citie. The whole valley of the river is more or less hilly. The most important eminences on the left bank (rive gauche) are: Montagne Sainte-Genevieve (200ft) crowned by the Pantheon and on the right bank (rive Droite): Montmartre (460ft)  with the Basilique du Sacre - Coeur. 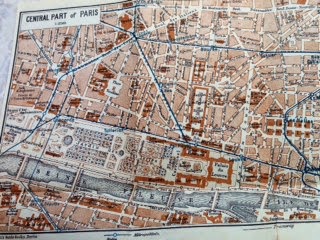 In order to find his bearings the tourist is advised to thoroughly impress his mind with the names and positions of the almost concentrical circles of Boulevards. Sign Boards at the street corners bearing the names of the streets as well as the numbers of the districts.
Right Bank - The Inner Boulevards or Great Boulevards on the right bank of the Seine.
Boulevard Beaumarchais, des Filles du Calvaire, du Temple,  Bonne Nouvelle, Poissonniere, des Capucines, des Italiens, St. Martin,  St. Denis to name just a few. 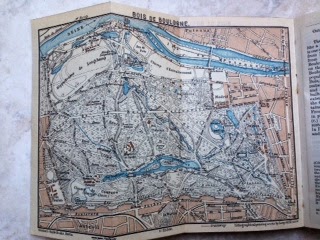 The Bois de Boulogne or briefly Bois is a wood laid out like a park stretching over an area of about
2155 acres and is one of the favourite promenades of the Parisians.
It is a remnant of the great forest of  Bouvray. The two most popular racecourses are in the Bois.
Auteuil and Longchamp. The Route de Bagatelle leads to the Parc and Palais Bagatelle. The small Palais was built in 1777. It came into existence as the result of a bet between Marie-Antoinette and the Comte d'Artois brother of king Louis XVI, who maintained that the Palais could be finished in 64 days ....
Share: 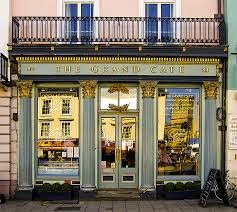