Exbury - is a village in Hampshire, England. It lies just in the New Forest near the Beaulieu River and about a mile from the Solent coast.  It is best known as the location of Exbury House, built by the Rothschild banking family, and the famous Exbury Gardens. The Rothschild family still have significant land holdings in the area. 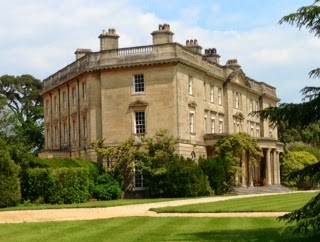 Exbury House.
In 1919 the eminent banker Lionel Nathan de Rothschild bought Exbury House, the house being nearly derelict at that time. The house was remodelled in 1927, and Lionel created a new garden, collecting plants from all over the world. When he died in 1942, the house was requisitioned by the Royal Navy and used it for the planning and operation of the Dieppe raids and D-Day landings. Exbury estate was used for experimental firing, and barracks housing up to 300 men were constructed within the grounds. Lionel's son Edmund Leopold de Rothschild took on the responsibility for the estate after the war, restoring the house and gardens. Exbury Gardens opened to the public in 1955. When Edmund died in 2009, his brother Leopold David de Rothschild took over, creating a Charitable Trust to secure the financial future of the famous gardens.
Exbury Garden has one of the finest collections of Rhododendrons in the World.
Camellia's are one of the first flowering shrubs in this gardens year, Magnolias also early flowering continuing well into the peak summer months. 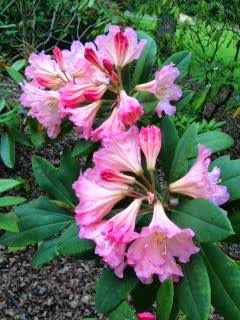 Hybrid rhododendrons (including azaleas) are used extensively as ornamental plants in landscaping in many parts of the world, and many species and cultivars are grown commercially for the nursery trade. Rhododendrons are often valued in landscaping for their structure, size, flowers, and the fact that many of them are evergreen. Azaleas are frequently used around foundations and occasionally as hedges, and many larger-leafed rhododendrons lend themselves well to more informal plantings and woodland gardens, or as specimen plants. In some areas, larger rhododendrons can be pruned to encourage more tree-like form, with some species such as R. arboreum  and R. falconeri eventually growing to 10–15 m or more tall. 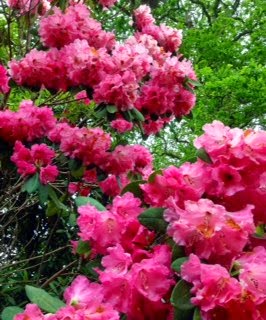 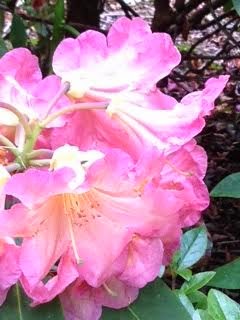 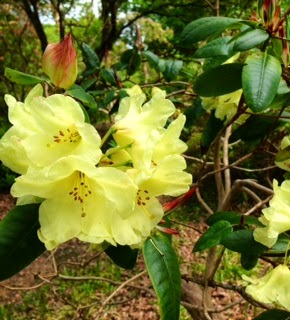 Rhododendrons at Exbury Gardens, New Forest.
Exbury Gardens are  unique within the New Forest, having a number of natural and man-made habitats which allow a wide range of native plants to flourish. From native oak  Quercus robur and Scots pine Pinus sylvestris.  Woodlands, open grass meadows, slope gently to the Beaulieu River. 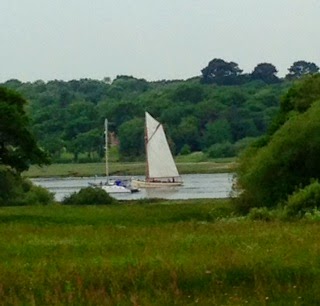 Beaulieu River - Hampshire.
These habitats are managed to allow Green-Wing orchids O. morio and the common spotted orchid Dactylorhiza fushia flower profusely.  Primroses P. Vulgaris are growing in great numbers throughout the gardens and grasslands. The dapple shade of these woods perfect for the common bluebell  Hyacinthoides non-scripta .

Exbury Gardens played an important role in the strategic planning of D-Day. Exbury was designated as HMS Mastodon from May 1942 to July 1945, subsequently HMS King Alfred January to June 1946 and then HMS Hawke from Aug 46 to 1955.  'She', for all ships are traditionally called she, was responsible for the administration of  food and other stores,  arming and training of crews for the landing craft that were used in the amphibious assaults against occupied Europe, D-Day. 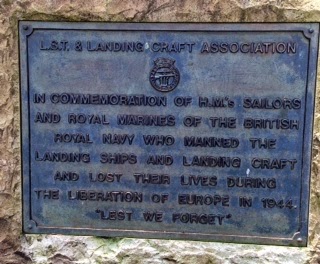 D-Day Landings Commemorative Plaque -  Arromanche Point Exbury Estate.
Lepe is the next door hamlet on the shores of the Solent. It is part of the  civil parish of Exbury & Lepe which in turn is part of the  New Forest in Hampshire.It is home to Lepe Country Park, with a mile of beach, pine-fringed cliffs, historic D-Day remains, and wild flower meadows.
Prior to the invasion of Normandy in June 1944, Lepe was used as a secret manufacturing site. Six massive concrete caissons (breakwaters) were built here and later towed across the English Channel where they formed part of the artificial Mulberry harbours. After the D-Day Landings  Lepe was also one of the many places on the south coast of England used for the embarkation of troops and equipment for the invasion. Concrete mats like big chocolate blocks were used to reinforce the shingle beach for heavy traffic. Some of these mats can still be seen today along with pier remnants, bollards and various concrete and brick structures. Lepe was also the point where  PLUTO (Pipeline Under The Ocean) left the mainland: it carried fuel across the Isle of Wight and under the English Channel to the Allied forces in Normandy and beyond. 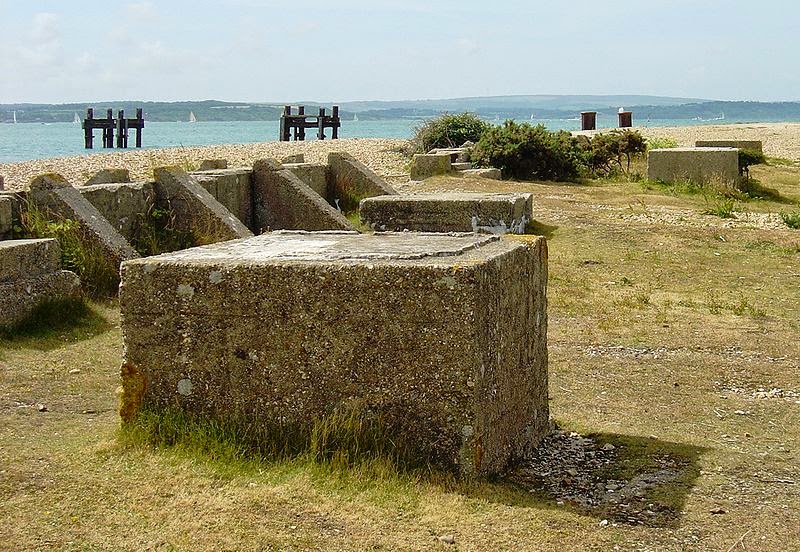 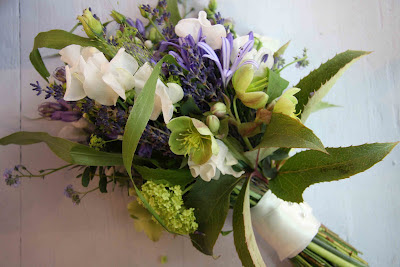 An addictive taste ! Our new delivery of Chocolate.

Customers often confess, in a rueful tone and blissful smile that they are addicted to chocolate !

Not so I tell them, not the case with chocolate, even an choco addict does not need to increase his or her intake to experience the same degree of pleasure and can be deprived of it altogether without withdrawal.